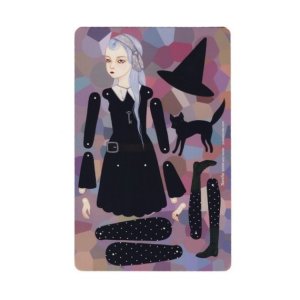 There is a certain liberty that comes with age. I know that there is a point where, like we did my eldest aunties, that folks will pass off my silliness as doddering foolery.  I can’t wait.

But today I came to realize that even in my early-forties, I have the leisure of ripeness.

I sat with a friend and coworker discussing the “ins” and “outs” of the Pagan-closet as it crossroads with the classroom. She is decidedly in and I am decidedly out. Like I used to, she keeps her pentagram close to the chest, if you’ll excuse the pun, tucking it deep in her shirt. We talked generally about the levels at which we reveal our private lives to our students – she is decidedly private, I am decidedly personal.

She reflected my own sentiments of my past. “I prefer to keep an objective classroom. I don’t like my students to know my politics about anything; I don’t hide from them, but I want them to hear me from a neutral perspective.” I remember thinking that way too. I remember being taught to wear the face of anonymity in the classroom. I remember being observed by a respected superior and being told that I should never let my students see me as a person.

See, the idea is that if students see teachers as people, they envision our vulnerabilities. I guess that’s scary for some people. But take it from someone with anthropomorphophobia, an automaton is just about the scariest thing ever.[1] I decided a long time ago that that didn’t work for me. I cannot bring myself to represent a caring, nurturing, educationalist in the humanities while protesting my own humanness and still give a flying leap about my kiddos. And guess what? As it turns out, it didn’t work for my students either. I always got great reviews to the tune of: “She’s a hard but fair grader, challenging but super-fun, made me think out-of the box,[2] first English class I ever really enjoyed but I worked my ass off.”[3]

But I let my guard down a little more than half-a-decade ago. I began walking into the classroom and telling kids from the get-go: “I am a Feminist by trade, not just in my philosophy; this is what I do for a living. I am ultra-liberal. My faith is non-Christian.[4] My parents didn’t graduate high-school and I grew up in what you might call ‘the ghetto.’[5] I paid my own way through college. I may become ill from time to time, I will most certainly be in a very bad mood around week eight. I have children not much younger than you. I was born during the Nixon administration[6] and was politically aware by Carter.” In short, I wear me on my sleeve. It turns out that students actually respect that. Like, a lot.

But I did all of this from a “non-Pagan” perspective. I let them in on everything except my religion. Once in a while a sagacious young Witch would come to my office for a conference and say, “Neat runes” or “Love your Spiral Goddess.” Then again, every once in a while I’d have a student tell me that I was a “Real Christian Woman” or that they “could tell [I] love The Lord.” Not that I took those as insults, mind you. Being really Christlike is a feat! It always became obvious (to the more attentive students) by the end of each semester that I was pretty witchy. “Dr. TBW? Are you . . . um Wiccan?”[8]

If you were reading The Files last semester, you know that I decided to live and teach openly as a Witch.[9] It was liberating. I changed the chain on my pentagram to a shorter, more visible length, started alternating it with a Spiral Goddess pendant, wore a raucous charm bracelet made for me by my Bestie – full of cauldrons and pointy hats and crystal balls and various witchy things. I started adding, “I’m Pagan” in place of “My faith is non-Christian.”

Yesterday I learned that one of my honeys, the daughter of a Baptist minister, defended me and my belief system. I had taken my Cultural Diversity class out on the concourse to the “Ask an Atheist” table. We had covered “Religion” just a few weeks ago and it seemed timely. Sadly, the Atheists were poorly informed and my students (now well informed) ate them alive. I was very disappointed. My goal was to have my students have a positive encounter with a diverse perspective, instead they met with a dude who didn’t really know the meaning of Gnosticism and Agnosticism, misquoted the Bible (to a bunch of PKs, no less), and was very misinformed about current sciences. I was truly disappointed.

Until – this gorgeous Christian girl says, “Thanks Dr. Bad Witch. I feel like I can really articulate my faith. I’m surprised that a Witch taught me more about what it means to be a faithful Christian that I ever learned in Sunday School. But then again, no I’m not.” I win.

Apparently, after class was over, some of my students stayed out on the concourse philosophizing with Atheists. All reports are that they were articulate and level-headed (well, mostly). There were a few other Atheists that were a little more erudite and my Southern Baptist Preacher’s Daughter drew herself over to talk with them. They said to her that my questions seemed to come from a Conservative Southern Baptist Lady perspective. She laughed heartily and said something like, “You just hear everything that you disagree with as ‘Conservative Baptist.’ She’s one of the most open-minded and highly-spiritual people you ever missed the chance to talk to. She’d make you a better Atheist if you’d let your defenses down and have a real conversation!” Winning some more.

This isn’t for every teacher. I really don’t even advocate it. My personality is – how have I heard it put? – “big enough”[10] to handle any backlash.

Plus, I have age on my side. When I was in my twenties, I sure couldn’t pull this off. In my thirties, I wasn’t self-possessed enough to bring my own faith into the classroom. Ten years after being distrusted by a fellow grad student for wearing that pentagram t-shirt, I have come a long way baby. Poised, clever, and going entirely gray, no one ever questions me for bringing The Bad Witch out into the open. I don’t worry about job security, I don’t worry about being harassed, I don’t worry about anything from my co-workers or neighbors. Because, today I have the ability to articulate my faith in a way that I didn’t have in 2002. Or 2005. Or even 2008.

I was a Witch back then, yes; that’s not in question. I had been well trained, I knew my subject matter. But I had kept my faith hermited away from prying eyes, only entering into discussion with “the initiated” so I could rely on common knowledge. It’s when I allowed myself to be questioned – when I made myself vulnerable to censure – that I knew that I knew what was right. See, until we are tested by an outsider, we don’t really know if we can enunciate our faith.

It’s like the first time I was asked by someone outside my department, “What’s your dissertation topic?” Everyone in my department had seen the PDFs I printed off, the books delivered by the library courier, the colloquium topics I addressed, so they didn’t really have to ask. When I was asked, all I could stammer out was “Masculinity Studies,” “Cold War Era,” “American Film Industry.” The inquirer added, “But specifically? What’s your thesis?” We are taught to regurgitate a formulaic phrase encapsulating our dissertation, but that’s not really “familiarity with the subject,” now is it?

After I finished that bad-boy, I could tell you about the texts, the history, the interconnectivity of McCarthism and Robert Aldrich’s mid-career films, anything you wanted to know about Enola Gay, and waaay too much about The Merry Pranksters. In my sleep.[11]

That’s how I feel about being The Bad Witch in the classroom. I’ve done my homework, I’ve honed my vocabulary. If I had to walk into a defense with a panel of experts in the field (or, you know, whichever four faculty members get conned into the job), I’d pass with flying colors.

Corny, yes. But I have faith in that.

[2] They actually hate that.

[3] And the inevitable singular belligerent review: “I hate her, she sucks, fire her, burn her.”

[5] That is, unless you’d really seen a ghetto – most of them have not.

[6] This circumvents the “How old is she?” conversation pretty early on, it’s an English class, but some of them can do math.

[7] I usually tell them that I don’t want them to sully their faith by using it as proof. It strikes a chord.

[9] During my first semester as a grad student I wore a pentagram t-shirt to a poetry class on October 31st, about two months into my stint in the Deep South. I got so many slant-eyed looks from a particular classmate, that I decided not to do that again. Fortunately my teacher had the good sense to stick up for me.

[10] I’ve been told that I’m “a lot.” Once I was called “energetic” in a way that didn’t feel complimentary.