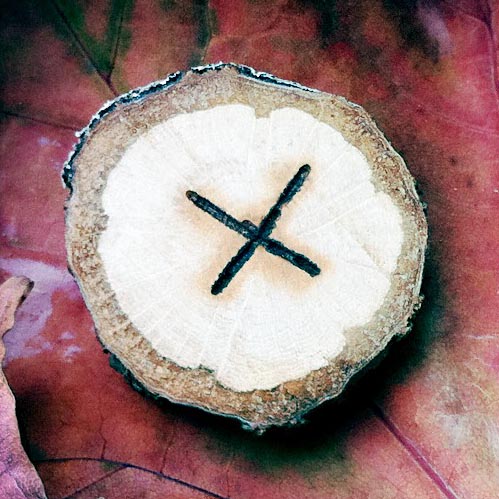 I need to begin with a little theory. It may seem strange to begin in the East and Middle East to discuss a pointedly Northern topic, but trust The Bad Witch on this one.

Orientalism is a term used to describe the imitation or depiction of Eastern cultures by American and European writers, designers, and artists. In effect, as we learn from the likes of Edward Said and Homi Bhabha, this imitation results in the manufacture of an image of the “Orient” which replaces the actual “Orient” with objects that supplant our understanding of Eastern and Middle Eastern cultures. In other words, if we look at enough pictures and read enough books depicting the East (those created by Westerners), we have an incorrect conception of the actual East – we have, instead, a romanticized and/or exoticized version. Sometimes the result of this is that when we (if we) visit the East itself, we identify it as “inauthentic” because it does not meet our expectations. There’s more to it than that – but this is enough for now.

Likewise, Rey Chow writes in her widely read article, “Where Have All the Natives Gone?” that the construction of images of the “native” by colonial Europeans,  always-already exist in a post-imperialist discourse. Therefore, the search for “authenticity” is impossibly ended since all we have are “outsider’s” created images of an (perhaps intentionally?) elusive culture. So the answer to her question, “Where Have All the Natives Gone?” is “nowhere.” Something that never existed (the manufactured image of the “native”) cannot be displaced. Rather, it is the authentic native which has been displaced by culture.

I mention this because I am currently teaching that there course on Cultural Diversity. We have been discussing race – and inevitably Trevon Martin – and culturally constructed images of racialized peoples. (Racialized – meaning somebody decided on a stereotype and stuck with it.) And like with the chimera, I have heard the phrase “Indian Giver” four times in the past two days. (Oddly unrelated to

class – once in an overheard elevator conversation, once on television, once in a Facebook post, and once in a 1960s song, “Indian Giver, by the band 1910 Fruitgum Co. (Buddha Records).) Because I am obviously being slapped upside the head with the phrase, I feel the need to clarify a thing or three about that particularly offensive term – so I’ll use it as my springboard to discuss gebo – the law of return so familiar to pre-Christian religions.

Some folks misunderstand the term “Indian Giver” to be one that states: “I’m going to give you something. If I ask you to make recompense, you can call me a racial slur. Deal?” That might be how Peter Minuit buys real estate, folks. But none of my native kin have ever operated that way.

If you don’t get that joke, here’s the skinny. Peter Minuit was the Duchman who famously bought Manhattan for trinkets and cloth. What we fail to realize that he “bought” the island from a tribe who lived on what is now Long Island: the Canarsie.[1] But that’s nothing. What is now Staten Island, then occupied by the Raritans, was sold by the Canarsie at least six times. Really – go check. This is all to say that by the late 17th Century, some native ancestors figured out that the Europeans were not playing a fair game. The Europeans were all take, take, take – and no give, so a devious little tribe decided to turn the tables.[2] (In the end, I say, “Good for them!” Momentary satisfaction often salves a wound better than the high road – but I wouldn’t want their Wyrd is all I’m saying.)

I’m prepping for a summer class – American Literature I (Beginnings, however one defines that, to The Civil War). My research (and my momma) tells me that before the infamous Manhattan transaction, the rule of barter was this: “When an Indian gives any thing, he expects to receive an equivalent, or to have his gift returned.”[3] Of course, Native Americans had no government-regulated system of symbolic currency (“money”), therefore, like many cultures, conducted trade via barter. To a Native American, the giving of “gifts” was a large part of their system of trade and a “gift” was expected to be reciprocated with something of equal value. We are told that when the Europeans first encountered this practice, they misunderstood it at best; they considered it uncivilized and ill-mannered at worst. To the Dutch, Portuguese, and Spanish (and eventually the English), trade was conducted with caassh. Gifts were something the European interlopers expected natives to give them with nothing contributed in return. Because of European solipsism (“me-me-me-mine-mine-mine”), the native practice of a-gift-for-a-gift got a bad reputation and the term eventually became a playground insult.

This system is entirely alike to the Heathen rule of GEBO which I have discussed briefly in “12 Footnotes” and “Another Q&A.” To a Heathen – really, any good-souled Pagan of any tradition – the law of gebo is a respectable one – an accepted one. You give what you get: like-for-like: what goes around comes around: you reap what you sow: the threefold rule of return. Self-deprecation and martyrdom are not really a part of our belief system. Taking something without giving back? Well, that’s jus’stealing, ain’t it? We sacrifice, sure – but we sacrifice to deity, we don’t make sacrifices to human mortals. And, goshdarnit, don’t we adhere to the idea that “to lead is to serve”? In Paganism, honor is obtained and maintained through a system of checks-and-balances. There should be no one person in a group who does all the giving and no one other who does all the taking. Like Æsop’s ant and grasshopper.

I was thinking about that fable – I was actually going to focus my post on “Grasshoppers,” but then I was (pardon the pun) bugged by something. The way I had always heard the story was that the grasshopper got to have all of the fun in the sun and watch the ant work and laugh and play banjo all summer and then when the cold came around, the ant let the grasshopper seek shelter and partake of colony feasting. I was always miffed at Æsop for being so naïve. Even as I kid I knew that there’s no way on this green earth that the grasshopper learned anything aside from a lesson that goes: “Shoot yea, I can have a party-life and when the cold comes ‘round, I’ll just present myself as a victim of climate change. Some hard-working and compassionate killjoy will save my metathorax so I can live to party another summer.” Then I looked up the fable. The real one.

Holy hell. I had learned the story from a bunch of self-deprecating martyrs, hadn’t I. In the original, the ant leaves the grasshopper’s metathorax out in the cold to become oriel food. Now, I don’t advocate leaving any creature out in the elements; I think that’s downright despicable. However, it’s a fable. A metaphor. But given the warnings the ant gave the grasshopper, given the opportunities the grasshopper had to change his mind, I think the ant did what the ant had to do. After all, the ant had a colony to protect and feed – and have you ever seen a grasshopper eat? Those suckers consume everything in their path and look around for “What’s next?”

It brought my mind to thinking about those we sometimes disparagingly call “Party Pagans” and “Playgans.” I know you know who I mean. Those who love festivals but put very little toward study, ritual, and meditation. Those who avoid introspection like they would a plague (of locusts?). Those who feed their pride but not their character – nor the souls of those with whom they interact. Those who concoct and improvise rather than employing tried-n-true discipline. While TBW loves a good party as well as the next Bad Witch, and while TBW sees the absolute value in true ritualistic revelry, and at the risk of sounding moralizing and judgmental, I feel like a shindig should be saved for desert. Consuming “festival” as the whole meal can make you end up looking a lot like an insatiable grasshopper.

Enough preaching, where was I?

Gift for a gift – gebo. Right.

To the ancients, a gift always called for another in return. Accepting a gift places us under obligation to the giver – be that the gods or another person. But – remember – we don’t have to be *forced* into obligation. Being given a gift presents us with the choice of acceptance or rejection. If you accept you must be prepared to give in return. If you don’t want to give back – don’t accept the gift or return the gift (pristine).[4] This is not returning a gift in the derogatory “Indian Giving” we often hear about. It’s responsible action.

We must find the balance between giving and receiving and learn to give and take conscientiously. As part of the universal idea of balance.[5]

[1] We prolly fail to realize this because we are not taught this part along with the “Native Americans are so silly, they sold Manhattan for . . . oohh look — shiney” part of the story

[2] This was dead-set against native tradition. But then again they never had to deal with the likes of Europeans before, so there was no “traditional” way to deal with genocidal colonists.

My OED tells me that Massachusetts Governor Thomas Hutchinson’s earlier account in The History of Massachusetts: From the First Settlement Thereof in 1628 Until the Year 1750 (1764), Hutchinson uses the term for the first time.

[4] Gebo can also mean a partnership or union; gebo is commonly used as the sign of a kiss (the symbol of affection, gebo can be said to be the X in XOXO). It can also mean forgiveness – one of the noblest gifts of all – to give or to receive. When gebo shows up in a rune reading, we tend to interpret it as: “Ask forgiveness and it will be given; likewise, show compassion.” Gebo itself is nonreversible, BTW; but the converse (sideways) reading indicates an relationship imbalance.

[5] Gebo itself is nonreversible in a runic reading, BTW; but the converse (sideways) reading indicates an relationship imbalance.