He had learned about the Windigo at his father’s knee. It was a large creature, as tall as a tree, with a lipless mouth and jagged teeth. Its breath was a strange hiss, its footprints full of blood, and it ate any man, woman or child who ventured into its territory. And those were the lucky ones. Sometimes, the Windigo chose to possess a person instead, and then the luckless individual became a Windigo himself, hunting down those he had once loved and feasting upon their flesh. (Schlosser, S.E. “Windigo: A Northwest Territories Ghost Story [of the] Ojibwa First Nation.”)

Wendigos (also spelled Windigo and Weendigo) are North American folkloric creatures who eat—and sometimes possess—human flesh. Not entirely unrelated to vampires, these creatures are considered “un-dead”—but unlike vampires, they consume the whole enchilada, not just the sauce, and they tend to leave a trail of body parts in the carnage-path behind them. The flesh-eater, the ghoul, is not uncommon in mythology; consider the Germanic Draugr, the Japanese Oni, and the Filipino Aswang and Busaw (a creature that looks human on the surface and even acts human in that it farms both small animals and root crops; however, its sustenance of choice is human flesh, the remains of which are usually scattered across its land). And then there’s George R. R. Martin’s White Walkers (*shivers*), the bane of the north in the A Song of Ice and Fire saga and HBO’s Game of Thrones.[1] 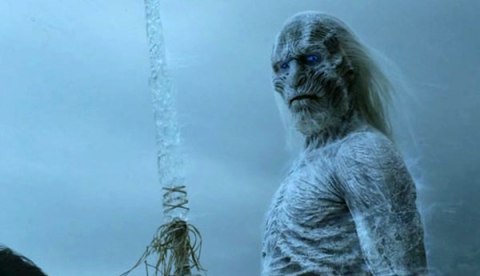 What isn’t folkloric about this creature is the idea of “Wendigo Psychosis.” Often, in an area of deprivation, folks will glut themselves on non-food or low nutrient items to give themselves the sensation of a “full-belly.” This “full-belly” sensation only satisfies the psyche so long—eventually, the body’s very real need for genuine sustenance will cause people to seek beneficial foodstuffs wherever they can find it. Wendigo Psychosis defines what happens when a tribe, experiencing dearth (and subsequently deprived of genuine nourishment) resort to cannibalistic behaviors and believe themselves to have become (or to have become possessed by) Wendigo.

Physicians consider this a culture-bound disorder (or syndrome): a culture-specific illness resulting in an amalgamation of psychiatric and somatic symptoms, familiar only within a particular community.

While researching culture-bound syndromes (CBS), I came across “rootworking” as a CBS. This got me t’thinking. Given that we, as a Witchcraft culture, tend to have some sort of conviction—on some level—that “Witchcraft works.” Do we believe that CBSs could be true? I mean, I sleep with my fan on every night and have never believed that it could kill me (Korean Fan Death), I’ve certainly never experienced Dhat Syndrome (go ahead, Google it; I’ll wait), and I’m not sure how I feel about Navajo Ghost Sickness.

Ghost Sickness is said to occur when the afflicted has contact with the dead or dying. Symptoms include wanness or fatigue, loss of appetite, shortness of breath or feeling suffocated, recurring nightmares or even night terrors, anxiety, paranoia, delusions, and a pervasive feeling of dread. It is believed that this sickness is caused by having offended the dead or having evoked the ire of a witch. According to Wikipedia, [2] “The sufferer may be mildly obsessed with death or a deceased person whom they believe to be the source of their affliction. Physical symptoms can include weakness and fatigue, diminished appetite, or other digestion problems.”

I donno. If there are real physical effects, just because your doctor can’t measure the cause, does it become not real? I know that somaticisims will kill non-fiction folk as easily as they will a Henry James character or Madame de Tourvel. [3] But then my mind goes back to “rootwork.” This works, in theory, even if the subject doesn’t know they’ve been goophered. So, how can it be psychosomatic?

If I can buy rootwork, by extension must I buy Ghost Sickness? Or Wendigo Psychosis? Hmmmm. And can I buy Korean Fan Death and Dhat Syndrome? No. And I don’t have sperm—so the latter is irrelevant. That’s where culture comes in, i’n’t it? I can imagine pretty much any Western CBS as being possible because I’m a Westerner.

So figure this with me—if a culture imagines certain attacks (or protections) to originate from malevolent (or benevolent) boogadies—and if we believe in the creation of thoughtforms and egregores—then those boogadies become real, right? I mean, it’s the culture’s fault for having poured all of that energy into having made the boogadie in the first place, but it’s there and being perpetuated just the same. If every time I get a toothache or a flat tire I scream, “The boogadie is out to get me!” or if every time I get a great parking space or find a twenty in my jeans I holla, “Hell, yeah to the boogadie!” then the boogadie can become all-powerful in time.

No, I’m not swearing, I’m using that as an example.

I’m not sure how the logic hangs together, but if you’ll help me out, I think there’s something here. I was watching a week-old episode of Grimm. (I had stopped watching the show in the first season and then an former friend—ironically named comparably to one of the characters in the episode I’m going to discuss) suggested I watch it again—so I did, now I feel committed even though I don’t really like the show.[4] I’m dumb that way.) The premise of Grimm, for those non-watchers is that there is this guy, Nick, who can see monsters: Wessen. Wessen are like the Busaw, who walk around looking like humans but when the light hits just right or they “lose control,” their real faces show. In the last season he revealed this ability to his partner, Hank—Nick and Hank are cops, not lovers, btw. This episode was called, “To Protect and Serve Man,” much like that old Twilight Zone episode, and was about a man Hank had arrested and was now facing capital punishment.

At the time of his arrest, Craig Faron told Hank that there were two creatures trying to eat him and that he killed one of them in self-defense. Of course, Hank didn’t believe this; Faron was convicted of murder and sentenced to Death Row. Hank, now—years later—cognizant of the existence of Wessen (even though he can’t see them onna counta he’s not a Grimm), realizes that maybe—just maybe—Craig Faron was wrongfully convicted and that it was up to him to find the truth. In solid TV style, we get some dramatic irony when we see that while the truthful-accuser sits in prison, the real culprit, the dead Wendigo’s brother, is still killing. What’s even better is when Craig’s sister tells Hank, “Everyone told him that he was crazy so he started believing that he was.” And his psychiatrist says, “Ironic that everyone says [Craig Faron] is the monster.”

The Hexenbeast from the Pilot episode. Turns out her mother was Nan Flanders.

Know how that is? Yea, me too.

Hank visits the cell-block, full of a variety of Wessen, to interview Craig; this time with Nick and his powers of Wessen-perception at his side. Craig says, “[If I hadn’t killed him,] I would have been his next dinner guest.” Realizing that they were dealing with a Wedigo, Nick advises Hank that wounding a Wendigo only makes it more ferocious. The more you defend yourself against a Wendigo, the deeper it wants to sink its fangs. Particularly if you get in a good defensive wound or two. We see this when Hank tried to apprehend the Wendigo; as he shows his true self, his gnarled and twisted dead-face, he bellows: “Faron is the monster!” The real boogadie, while revealing his true nature, still blames his self-preserving prey, because he believes that no one else can see what he really is. But the Wendigo doesn’t know that there is a Grimm in his midst.

I realized the conundrum(s) of this episode: Craig and Hank weren’t Grimm, yet that never stopped the Wendigo from cooking man-toes in his double-boiler. You don’t always have to know that there’s a monster in the community for it to eat you alive. You don’t have to believe in boogadies for them to getcha.

Also, the Wendigo forgot to hide his face as he pointed the finger at Craig Faron. Like the Algonquin Warrior who could recognize and kill the Wendigo, Nick Burkhart has his own kind of special medicine: he’s a Grimm (not unlike Buffy Summers). Here’s the catch—up until now (if you overlook the Halloween episode: “La Llorona”) Nick’s Wessen are of a cultural type: Germanic. Blutbaden, Bauerschwein, Fuchsbau, Dämonfeuer, Hexenbiest, Eisbiber, Hundjäger, you get the idea. So does this mean that his “medicine” is able to cross cultural boundaries? If this is so, than do CBS do the same thing?

This post is part of a year-long project. Rowan Pendragon’s The Pagan Blog Project; “a way to spend a full year dedicating time each week very specifically to studying, reflecting, and sharing . . . .    The project consists of a single blog post each week posted on prompt that will focus on a letter of the alphabet” (http://paganblogproject/).

[1] I want to be Arya Stark when I grow up. Bitch gave a man his own name! Ballsy and brilliant.

[4] It took a season too long—but I’ve finally put down the Supernatural.

3 comments on “Wendigos and White Walkers” 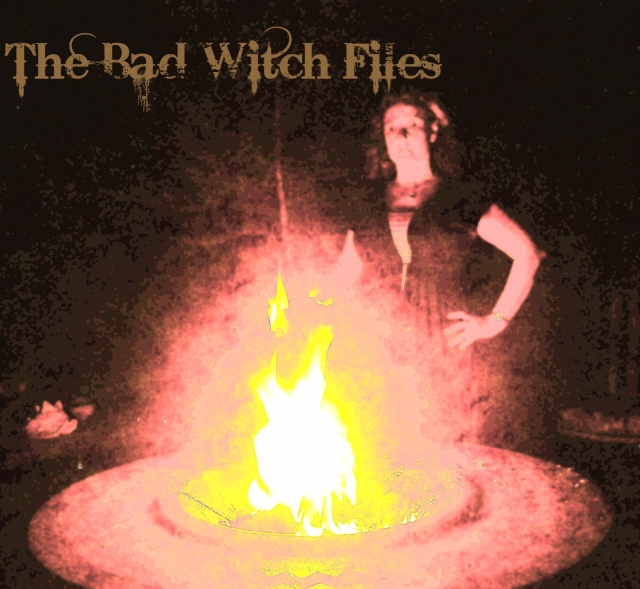